I was invited to exhibit my piece “Untitled #9” from the series CREATURE 2, project SIGNATURES OF HEAT at the exhibit “Photography + Science” at the LISHUI PHOTO FESTIVAL,  Lishui City, east China’s Zhejiang Province,  2017 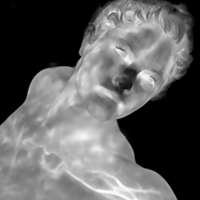